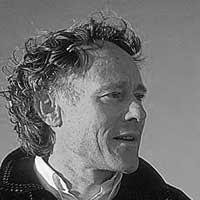 Researcher and author Graham Hancock presented his thesis that "supernatural" entities such as aliens and fairies are actually transdimensional beings that humans encounter during altered states of consciousness. The ability to shape-shift has been ascribed to both modern aliens as well as elves and other entities reported centuries ago, he detailed.

Around 35,000 to 40,000 years ago humans underwent a sudden change, and the emergence of cave and rock paintings are evidence of this, said Hancock, who noted that some of their depictions were of part human/part animal beings. He believes these represent the supernatural entities, and through altered states (probably due to ingesting psilocybin mushrooms) humans learned advanced skills from their encounters with these beings.

Nowadays, shamans commonly have such altered state communications. They feel humanity is at a crossroads-- the West has lost contact with the spirit world, and many of the world's woes are due to this, Hancock reported. As part of his experiential research, he traveled to South America and took the psychedelic brew ayahuasca. During one such episode, he described a confrontation with an alien being, but rather than being an extraterrestrial, he suggested it inhabits another dimension that can only be accessed during an altered state.